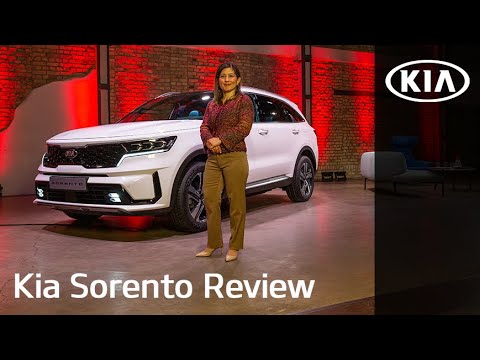 The all-new Kia Sorento is revealed for the first time today. Powerful, progressive and versatile, the fourth generation of Kia’s flagship SUV is designed and engineered to take on everything life throws at it.

Raising standards in the midsize SUV class for space, efficiency and quality, it sits at the heart of Kia’s reinvigorated global SUV line-up, which also includes the Stonic, Seltos, Sportage and Telluride.

Emilio Herrera, Chief Operating Officer for Kia Motors Europe, comments: “The Sorento’s evolution over the last 18 years echoes that of the Kia brand as a whole. While the car was initially launched in 2002 as a utilitarian all-terrain vehicle, the fourth-generation Sorento has been transformed into something altogether more desirable. It is an important model for Kia, particularly now that it also represents the first use of electrified power in our flagship SUV.”

The Sorento is the first vehicle to be based on Kia’s new-generation midsize SUV platform. Paired with a larger body to maximise cargo and luggage space, the platform ensure the Sorento is one of the most versatile and spacious three-row SUVs on the road.

Furthermore, the Sorento’s innovative interior packaging means it can offer all this while accommodating Kia’s new ‘Smartstream’ electrified powertrains – the first time that hybrid power has featured in the Sorento line-up. As a result, the new model offers greater fuel efficiency, lower emissions, and higher performance than its predecessors.

This will be Kia’s most high-tech car ever, thanks to its progressive connectivity, driver assistance and infotainment technologies. Its user-friendly twin digital displays deliver advanced graphics, new telematics features and smartphone connectivity.

A mainstay of Kia’s global line-up, more than three million Sorento models have been sold worldwide since it was launched in 2002. In that time, Europe has accounted for around 300,000 of these.

Back to top
Company Information
Reg Office: Trinity Marina, Coventry Road, Hinckley, Leicestershire, LE10 0NF
Reg. Company Number: 5693106
VAT Reg. No. 881 6690 84
TMS Limited trading as TMS Motor Group is an appointed representative of ITC Compliance Limited which is authorised and regulated by the Financial Conduct Authority (their registration number is 313486). Permitted activities include advising on and arranging general insurance contracts and acting as a credit broker not a lender.
Back
Vehicle Valuation
Compare Saved Vehicles
Top
Close
Your Cookie Settings
Select your cookie settings
Strictly Necessary Strictly Necessary cookies are essential to let you move around the website and use its features, such as accessing secure areas, shopping baskets and online billing. These cookies allow our website to provide services at your request.
Performance Performance cookies collect information about how you use our website e.g. which pages you visit most often, and if you experience any error messages. They also allow us to update our website to improve performance and tailor it to your preferences. These cookies do not collect any information that could identify you - all the information collected is anonymous. They will not be used to target adverts to you on other websites.
Functional Functionality cookies are used to remember the choices you make, e.g. your user name, log in details and language preferences. They also remember any customisations you make to the website to give you enhanced, more personal features.
Targeting Targeting cookies collect information about your browsing habits to deliver adverts which are more relevant to you and your interests. They also measure the effectiveness of advertising campaigns.
Save Settings
Cancel Changes